The Danger of Food 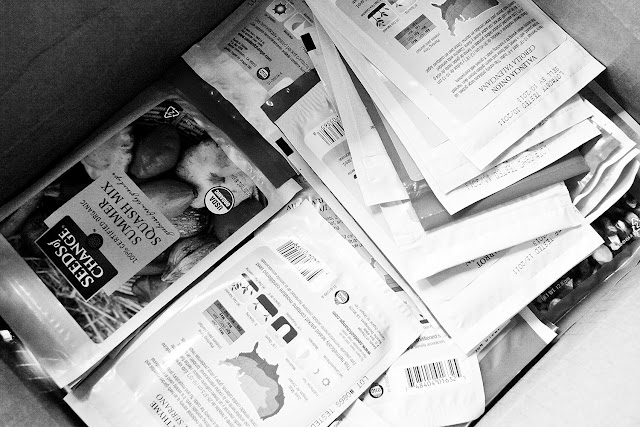 So, my dad gave me a great gift this week. He’s been cleaning out his bookshelves, and ran across his collection of Foxfire books. For those who aren’t familiar, Foxfire is an organization that started as a student magazine in 1966. The students gathered stories, tips, and techniques from the elders in their community. They asked questions, helped out, ate food, and took pictures. Most importantly, they wrote it all down. Later, editions of the magazines were compiled into books. I believe there are currently 12 volumes, and they are being republished, much to a large audience’s delight. Seriously, these are some of the coolest books on the planet. This is information about simple country living relayed, not by scholars and reconstructionists, but by people who grew up living this way, often without electricity or combustion engines.

Yesterday (in Foxfire 3) I came across a section on apple butter. It comprised several different recipes, nothing wild, usually just apples, sugar, and cinnamon. The amazing thing though? There was quite a lot of talk about how to construct the recipe so that the apple butter didn’t go bad. Nowhere in the section was it even considered that you would use refrigeration or modern canning techniques. I found that fascinating. What a shift. You know, we as a society talk a good line about saving energy and going greener, but you have to stop and wonder… how much energy is going into the preservation of food? I mean, I think about my freezer, and my refrigerator, and I think, wow. That is something that just wasn’t available a hundred years ago. The truth is that humans have preserved and stored food without electricity for the vast majority of our history, and yet, I’m sure that most of you reading this would not consider living without it. Myself included. We believe that food must be cold, or sterilized and sealed in plastic in order to be safe. So I did a little research.

Of the top four causes of food related illness, not one of them would benefit from freezing over the most acceptable traditional preservation methods. That blew my mind. The problem is that very few people are prepared to go to the trouble of curing and preserving food properly. For instance, during my research, I read over and over that brining (soaking in extremely salty water) and subsequent smoking were not enough to keep ham safe. Duh. Ham is a cold climate food, traditionally pigs would be slaughtered and hams made after it had already gotten pretty cold in the fall. Then the hams and bacon were brined and smoked, then hung somewhere that was unheated and allowed to freeze. The rest of the pig was processed into cuts of meat, sausage, and soused hogs face, wrapped in waxed paper, and also allowed to freeze. As a matter of fact, the folks in the Foxfire books (who lived in Appalachia) make a point of the fact that if you have a warm winter your pork is going to go bad before you eat it. And in fact, studies bear this out; brining, smoking, AND temperatures below 4 degrees Celsius (39.2 degrees Fahrenheit) inhibit the growth of pathogens. Why does your sandwich ham go bad in the fridge then? Well, because traditional preservation methods are no longer used. Now they pump it full of chemicals instead of real salt and smoke. Jerky is another fine example. People used to make it, put it in jars or cloth, and it would keep just fine as long as it was dry. Why? Because there wasn’t enough water in it to allow anything to grow. No plastic necessary.

Oh, and let me tell you about vinegar and lacto-fermentation. This is really, really cool stuff. White distilled vinegar is 5-8% acetic acid, a substance that is more effective at killing salmonella than chlorine bleach. Seriously. Straight up, it has a ph of approximately 2.4, which will kill almost anything. When you add salt to it, it creates a double whammy, add in the temperature of a well-designed root cellar, and you have a potent cocktail against the growth and spread of food pathogens. How does that work? Well, in the season you would use it – winter – a properly designed root cellar will maintain a temperature of between 0 and 4 degrees Celsius (32 to 39.2 degrees Fahrenheit), which is the same as an extremely cold refrigerator… only it uses absolutely no electricity whatsoever. Also, pickles are delicious. So I say again… I think our ancestors might have known a thing or two.

Lacto-fermentation is a process that starts with inoculating food with bacteria. Sounds like a weird way to preserve food doesn’t it? But the thing is that lactobacillus is incredibly good for your digestive system. It’s one of the bacteria in live yoghurt, in fact. The wonderfulness is threefold – first, it lowers the ph to a point where most other things won’t grow. Second, it creates an anaerobic environment; it eats up all the oxygen, which inhibits some more pathogens. Lastly, it just simply crowds out other microbes. All that, and it heals your digestive tract too, creating the same inhospitable environment for pathogens in your body. Which may have something to do with why lacto-fermented vegetables, such as sauerkraut, are traditionally eaten with preserved meat, like sausage.

Now, before someone gets on my butt, yes, you can get sick from traditionally preserved foods. Let me say this again. If you use traditional preservation methods instead of industrial ones you may get a foodborne illness. Consider that my disclaimer. HOWEVER, let me point this out – according to the CDC your chance of contracting a foodborne illness each year in The United States is 16%. That’s pretty high in my opinion. And you know what? Personally, I think that I run a healthier kitchen than a commercial packing facility. That, as it turns out, is really… well the vast vast majority of the battle. You know what? I know that I am not going to process a big batch of food and put it up while I have a foodborne illness. I can count on that. I cannot count on the same from a commercial packing plant. People go into work sick. Now, I don’t blame them, they have families to feed, and in this economy calling in sick is often enough to endanger your job. But here are some more foods for thought. I know that I’m not going to put spoiled ingredients into my preserved foods. You can just forget about expecting that from commercially prepared food. For instance, did you know that commercially canned cranberry sauce is allowed to be 15% moldy? That’s an FDA regulation my friends. And that’s not the only thing. They allow 20 maggots of any size per 100 grams of canned mushrooms. Just think about that one for a minute. That means that a 15 oz. can of mushrooms is allowed to have *85* maggots in it. 45% of your ketchup is allowed to be moldy. Forty. Five. Percent. That’s to say nothing of the regulations about rodent hairs, feces, and BODY PARTS. 5% of your peanut butter, peanuts, or sesame seeds are allowed to be rodent feces. Think about that. Think about what the storage facility for those peanuts would have to look like for 5% of your peanut butter to be rat poop, BY WEIGHT. And if this isn’t horrifying enough, all of these so-called defects stack. That apple butter? Well, it’s allowed to be 12% moldy, and for each 100 grams the manufacturer is allowed to have 4 rodent hairs, and the equivalent of 4 whole insects. This is what we’re eating people, don’t for a minute think that it’s not. Suddenly my own home-preserved food is looking quite a bit healthier.
Posted by Unknown at 8:00 AM