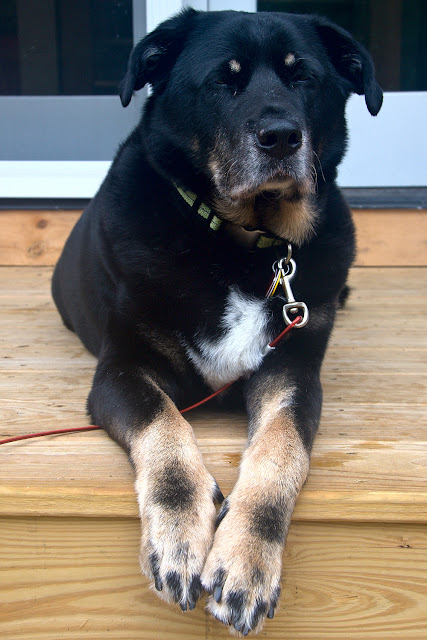 It occurs to me that I haven’t gone to mentioning our newest family member. This is Tiny. Tiny is an exercise in paying attention to opportunity. You see, it all started with a business trip. Not mine of course, but Shawn’s. One of the cars was in need of repair (still is, but that’s a different story), and Shawn had to go to New York for a week. Thus we decided to rent a car, so that I wouldn’t be stranded without one. It had been a long day, you know, one of those days, and he had kindly volunteered to take the kids to the Farmer’s Market and Whole Foods so that I could get a well-earned break.

So there I was, a minimum of four hours stretched ahead of me… and I had a brand new rental car. What on earth was I going to do with myself? I was in town already. The possibilities were nearly endless. So I pulled up to the exit of the parking lot, and as no one was behind me, I sat. I sat and pondered what to do... what to do, what to do. Isn’t that always the way? You finally get a moment to yourself, and you just have no idea how to spend it.

Well, as it turned out, the City Dog Shelter was just across the street. Now, we had talked about getting a dog, and were even on the waiting list for a Burnese Mountain Dog puppy from a local breeder. No jokes, we’re big dog folks… really big dogs. Neither Shawn nor I appreciate small dogs, although over the years there have been a small number of exceptions for both of us. We’d had a number of conversations over the years, and I knew that we were looking for something no smaller than a Labrador Retriever. I also knew that the local dog shelter was likely to run more towards Pitbulls than Mastiffs. But there I sat, and so did the shelter. More importantly, I had no children in tow. I was risking no one’s heart but my own. And I thought, why not?

Well I was right about the Pitbulls. Now don’t get me wrong, I have nothing against the breed, but we were really looking for something a little bigger. And these dogs were either cowering in the back of the kennels, ignoring me, or trying to eat my face. Not good. My heart sank. And suddenly… there was Tiny. He lay on the floor, almost pressing up against the kennel door, but his eyes followed me as I walked nearer. He lifted his head and looked at me… hopefully. When they brought him out for me to meet, he sat on my feet and looked up at me with those big brown eyes. He wagged his tail, and licked the air tentatively. It was all over. I was in love.

I called my husband. “I found a dog.” I said without preamble.

He was a bit startled. “You-who-what?” He replied.

I repeated myself, and explained. The funny thing is, I have been the one dragging my feet on the dog issue for years. I mean, sure, I had a dog growing up. A great dog. She was a Labrador Retriever, named Katie, and was also a rescue. But getting another dog felt like I was replacing Katie, and I just wasn’t willing to contemplate it. Plus, well, being sick and being busy, I didn’t feel like it was fair to any dog we got. We didn’t live in the kind of place where we could just let the dog out, and walking one a bunch of times a day was simply beyond my stamina. Never mind the fact that two grownups, two small children, and four cats was WAY ENOUGH in a Boston area apartment, no matter how comparatively roomy it might have been. “We can get a dog when we own a house.” was my grumbled mantra for years.

Now here I was, leading the charge. Shawn brought the kids down to see him at the shelter, and Tiny sat on his feet too. He licked the kids, and went round and round, sniffing, kissing and waging his tail at everyone. We had a new family member. We filled out the paperwork, and waited four long days to bring him home. When we pulled into the driveway with him in the back, he perked up. You could almost hear him say, “It’s a house, it’s a home, I have a HOME!!” When we let him out of the car, he did doughnuts in the driveway from sheer happiness.

More than five weeks later, he still occasionally does doughnuts from sheer happiness. He’s a wonderful dog. He knows his job, and he takes it very seriously. No one is allowed into the house without an introduction from either Shawn or I, but once introduced, he remembers people forever. We’ve had not one sighting of a bear or a coyote in the yard since he’s been here. He spends most of each day lounging at my feet (and sometimes on top of them), but every now and again, he gets up, checks out the whole house, and sniffs through the windows. A concerning smell or an unfamiliar noise elicits a low rumbling growl. Anyone at the door or an animal in the woods will produce a series of deep growling barks. Frankly, he’s scary as all get out. And yet, to us, and to those who have his approval (which is almost everyone he’s been properly introduced to) he’s just a big teddy bear. I can, and do, stick my hand in his mouth and have never had so much as a scratch. He’s just crazy about the kids, and they love him right back. They crawl all over him, and Susan half strangles him with hugs. He just lays there smiling and waging his tail. He’s sweet, obedient, mellow, and well trained. He’s patient, and has a bladder of steel, though he makes himself perfectly clear when he needs to go out without barking or whining. He even makes it a point to poop in the bushes instead of in the middle of the lawn, if you can believe it.

That’s not to say he doesn’t have his drawbacks. He was abandoned by his previous owner, and so simply cannot be left alone. That isn’t a problem, as both Shawn and I work in and around the house. Where it IS a problem is that packing of any kind makes him anxious, and packing cardboard boxes and putting them in the car is a serious problem. He’ll wander around in a dither for hours. The only thing to be done is for Shawn to pack, while I sit on the couch and do NOTHING. Then he’ll lie on my feet quietly. He’s a very smart dog though, and is figuring out that Shawn packs up and leaves often, but always comes home again. He’s eight years old, which is sad, as I know it’s that many fewer years we will have with him, but that is the nature of all pets. And the biggest problem is that he has hypothyroidism and anemia. The vet thinks that the hypothyroidism is long term, and that it may have caused the anemia. So, we give him pills twice a day. Even in this, he is a good dog, taking the pill easily and without complaint. He has already shown improvement in his energy and appetite.

He and I take nice long walks, either around the yard or down the road, and we are building our stamina up together. We all play ball outside, though the dog-run we had put up didn’t last very long. He was fine until he saw Shawn and the kids pull into the driveway and get out of the car. Then he snapped the heavy steel hook holding one end of the run right in half. It didn’t even slow him down. I still have to dig the other half out of the porch column. He loves to run, and he loves, loves, loves to dance. He sleeps on the floor in our bedroom, usually on my side, and comes down in the morning when I do. In short, he’s over a hundred pounds of love and protection. He’s a member of our family, and frankly, none of us could imagine life without him.
Posted by Unknown at 8:00 AM