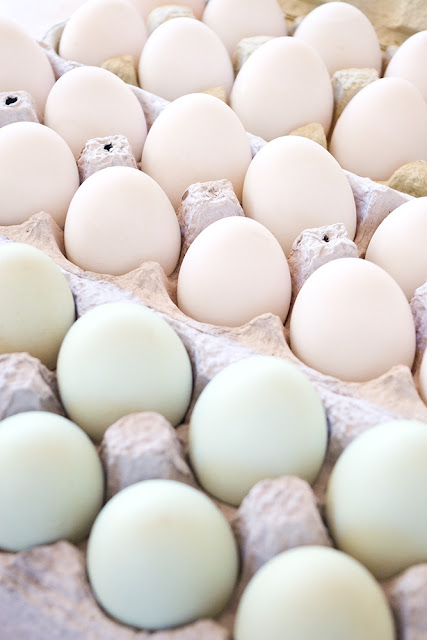 Today, I feel rich. I don’t mean in money, but in things far better. My house feels stuffed to bursting with food. I washed the day’s new eggs after breakfast and discovered that even though we have been eating them every morning, and soundly indulging in the pleasure of baking with duck eggs, we have thirty-eight eggs in the house. Truly, I stopped and counted, my heart swelled with gratitude towards our girls and their untiring efforts. Every morning we are greeted by friendly inquisitive quacks and clucks. The ducks follow us around as we fill the feeders and waterers, and they look on curiously as we gather up the eggs. One of the chickens protests only slightly, puffing up her feathers and making nervous circles, but she has the good manners to refrain from pecking or calling us dirty names.

To add to the shelled gold in the refrigerator, Shawn has picked up our yearly large meat order. Somewhere on the order of 350 pounds, comprised of half a cow, and a whole young pig. We get them from a kindly old farmer we know, who treats them well, feeds them nothing but good grass (and kitchen scraps in the case of the pig), and butchers them with the help of his son. Short of raising them ourselves, we really couldn’t ask for better. This is the first year for the pig for us, and in preparation, I bought myself two new books on sausage making and one on smoke house construction. Due to food allergies, I haven’t had a piece of bacon since the recipe was changed on the last store-bought brand I could eat, well over six months ago. I consider bacon to be practically its own food group, so it was a bit of a blow. I’ve had similar problems with sausage, and I haven’t had ham in years. I cannot express the amount of enthusiasm this project has generated in me.

I would also like to say, you just can’t beat getting your meat from someone you know, for all the obvious reasons, but there are other advantages to having relationships with the people who grow and process your food. In and amongst all of the boxes stuffed with steaks, ground pork and beef, roasts, chops, salting pork, unprocessed ham and slab bacon, there was treasure to be found. Our lovely farmer had included half a banana box of meaty beef bones and scraps for Tiny, without saying a word or charging us extra. He also included the hearts and livers of the cow and pig, to be turned into fresh raw dog and cat food. So there is plenty for everyone. The silent generosity and the obvious love of this gesture brought tears to my eyes, and I am not ashamed to say it.

And before me lay all the dreams of the meals we will make with this profusion of ours. Seriously, real honest to goodness chemical-free salt pork. I can practically taste the baked beans already. The beef stock making started almost the moment the meat came through the door, which is a really good thing, as we had run out entirely. Five pounds of bones, a good slug of white vinegar, my trusty eighteen quart crock pot, and three days will yield the first of many batches of culinary gold. I can’t wait for the first batch of French onion soup. Steak pie, rich beef stew, gravy… well, you get the idea. I might even try my hand at some homemade hotdogs this year.

But in the meantime, I am practically rolling in a feeling of abundance. I realize that it’s probably a bit unseasonal, late winter not traditionally being a season of plenty. Maybe that makes this feeling even more potent. My refrigerator full of eggs, my freezer full of meat, packets of seeds waiting to be planted next weekend, and my family and animals safe, healthy, and sound. My studio is still packed full of wool and yarn, the long winter of knitting having hardly made a dent. Even my bookshelves reflect the bounty, stacked and stuffed with new things to learn. My heart is filled with contentment and gratitude. Riches.